How would you pitch your business if you had 2 minutes?
Check out #2MinuteDrill, premiering Friday, January 8 on Bloomberg TV and Amazon (then tell us what you would do)! Hosted by JA University Chancellor David Meltzer, the show revolutionizes the way entrepreneurs pitch themselves and their businesses—there’s also US$50,000 in cash and prizes on the line and the JA Impact Award, given to presenters whose ideas create a positive social impact in their communities. You don't want to miss it!

Dave Meltzer is the CEO of Sports 1 Marketing. Sports 1 Marketing is a sports and entertainment firm that leverages the relationship capital that surrounds the world's largest sporting events. Previous and current projects include:

Dave is an author and sought-after motivational speaker. His books include Connected to Goodness and Compassionate Capitalism, both of which became international bestsellers. Among his many media recognitions are Entrepreneur Magazine, 2017 Top Five Best Entrepreneurial Speaker; Forbes, 2016 Top Ten Keynote Speaker; and Variety Magazine, Sports Humanitarian of the Year, for his ongoing philanthropic work.

As a Technology Pioneer Dave was the CEO of Samsung's first smartphone division and the global release of the PC-E Phone. He later became the CEO of the most recognized sports agency in the world: Leigh Steinberg Sports and Entertainment.

Dave serves as Chief Chancellor of JA University and is a JA alum.

Dave at the JA Alumni Conference 2017 in Prague 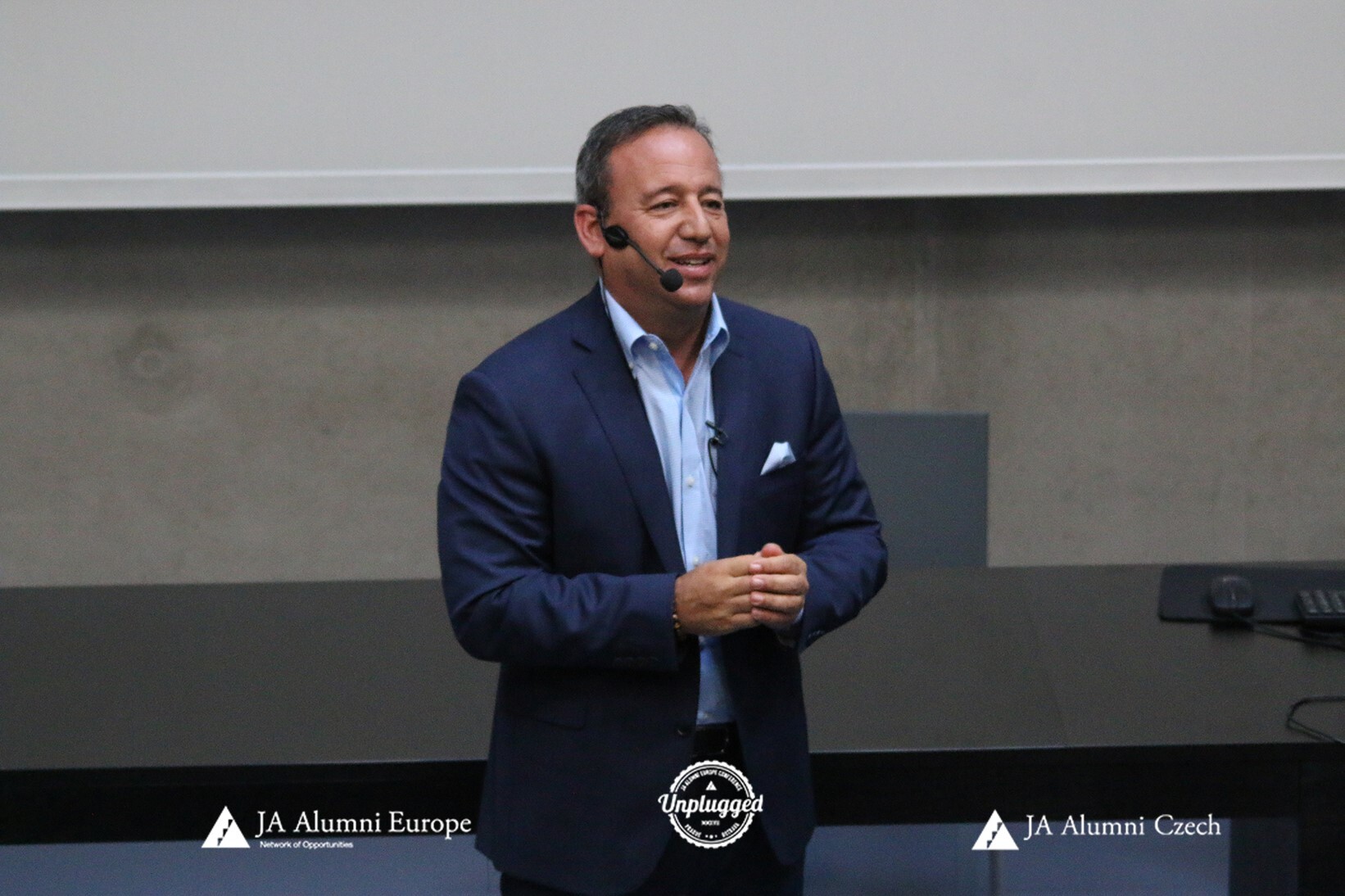 SSO login
Or
Or
If you have linked your account to one of the following social networks, please click on the relevant icon to log in
Not a member yet?
Register now